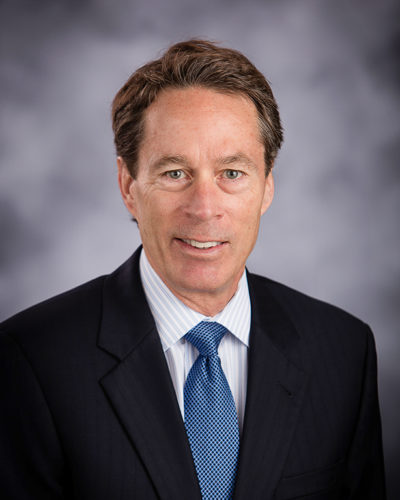 “I think that it is important for all of us to reflect on our own journey with passion, purpose and clarity of vision. And when we do break the tape, to remember the race isn’t over. But to think about the kind of legacy we truly want to leave.

The Four Pillars – Passion, Purpose, Vision and Mission – can help carry us through life, wherever it may take us.”

Cliff Karthauser spent 35 years of his professional career in Executive Leadership with The Principal Financial Group. During this time, Cliff rose from a Financial Services Executive to the Regional Managing Director of the Mountain Plains Region, overseeing 26 offices across five states.  Throughout his tenure, Cliff’s organization was consistently recognized as one of Principal’s flagship firms. With 25 Management Achievement Round Table (MART) qualifications, Cliff has been honored more than any other field leader and has received Principal’s top honor Grand Trophy (the highest honor awarded each year to its highest performing Business Center) four times. In 2002, Cliff was inducted into the Principal Leadership Hall of Fame, the youngest inductee ever. At the end of 2014, Cliff stepped down from his duties as Regional Managing Director at Principal.

Cliff now serves as a Leadership Consultant, Executive Coach, and speaker. Cliff is sought after as a speaker for purpose driven leadership, possibility thinking, motivation and maximizing performance. His talks on ‘The Four Pillars of Leadership’ and ‘The Slight Edge’ have been very well received all across the country.

Cliff authored and released his first book, Breaking the Tape, a book on purpose driven leadership in August of 2016. In it, he shares his inspiring message of overcoming obstacles through the life lessons and defining moments of his experience.

Cliff has a strong life-long passion for long distance running. Cliff attended Nebraska Wesleyan University in Lincoln, Nebraska and represented his school at the NCAA National Championships and even participated in the Olympic Trials. Cliff participated and won the first ever Lincoln Marathon, Omaha Marathon, participated at the Boston Marathon and many more over the years.

Cliff resides in Omaha, Nebraska with his wife Patty. They have three grown children and five grandchildren.

Cliff Karthauser breaking the tape at the first ever Lincoln Marathon in Lincoln, NE

Cliff and his wife, Patty with their children and grandchildren.

Breaking the Tape by Cliff Karthauser

Breaking the Tape demonstrates that challenges and obstacles can become defining moments that can help you move forward rather than set limitations. Cliff’s coaching style demonstrates that he’s not only used these techniques to his own benefit, but knows how to simply communicate them so others can implement them, and lift themselves to higher levels of execution and success. More…